Mo Hope Sjogren is a free-range raconteur focused on the outdoors, human powered adventure and public lands. When she’s not writing she’s usually exploring the world on a two-footed quest for new trails, hidden treasure and the next adventure. Mo is currently based in Arizona but spends most of her time living on the road, or more precisely, outside in the wilderness. We caught up with her after her successful mission up Pico de Orizaba in Mexico. 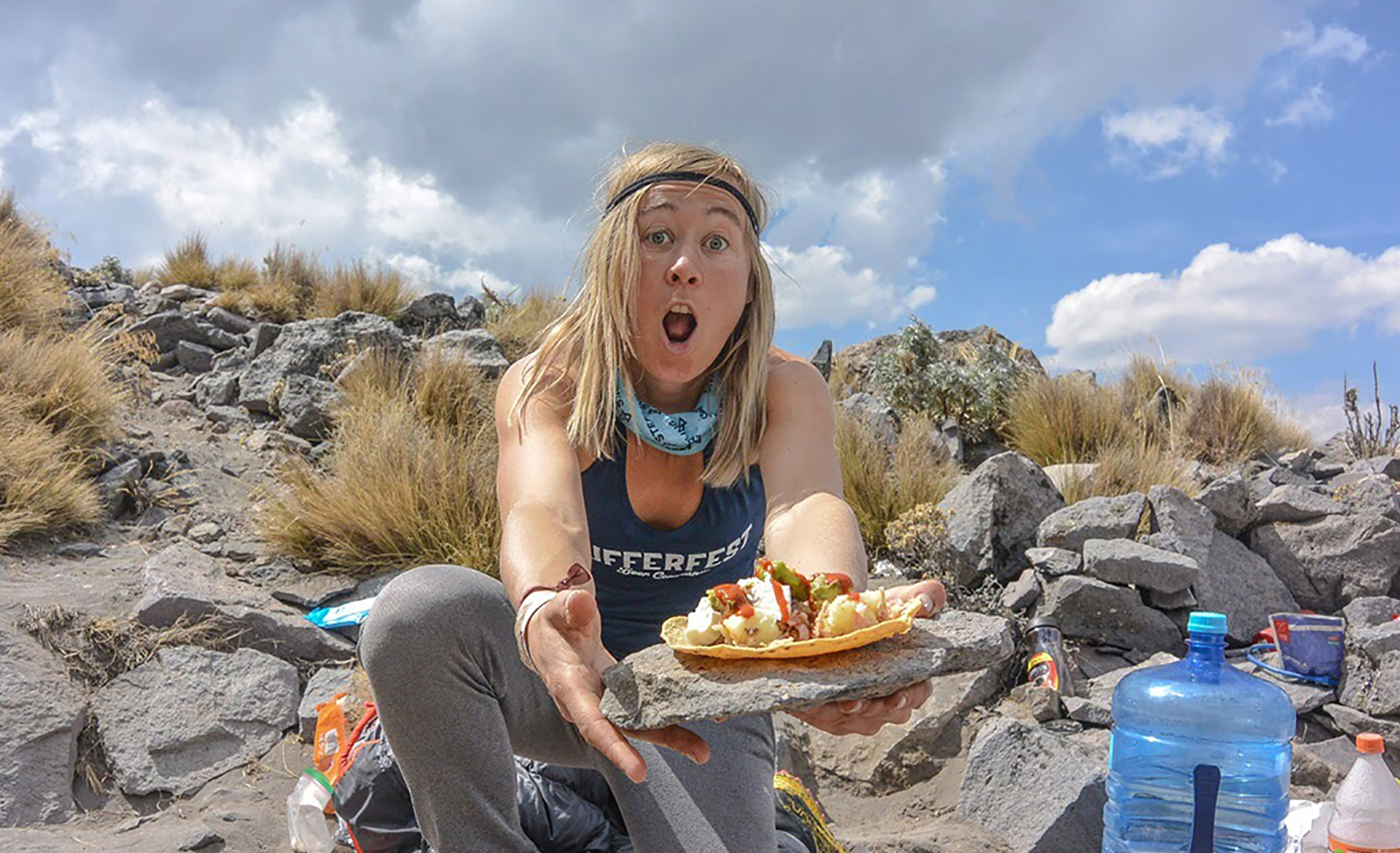 “You want to play cards in the tent or eat more tacos?” I look over at Mike and he’s sitting in pretty much the same position as the last few hours. Back rested against the flat volcanic rocks he strategically excavated to construct the platform, patio, stairs and kitchen that is our basecamp. When you’re year-round dirtbags like us you don’t take sleeping in the dirt lightly, this is after all, our home for now. Situated at 14,010 feet, our orange Copper Spur HV tent overlooks the matching orange Piedra Grande Hut and is also in clear view of Pico de Orizaba. At 18,494 feet it is the tallest peak in Mexico and third highest in North America. Only two weeks ago we decided to book tickets to climb the North Face (Normal) route as our next adventure.

To kick things off I sent a fellow friend of Big Agnes, Tommy Danger, a message asking about their trip to Orizaba only a week before and if they had any beta for us. He gave us extremely helpful advice about where to stay but he also sent the following warning, “The conditions are pretty bad. The face is pretty much hard ice…it’s the last 700 feet or so that gets deadly. Be safe and don’t die on ORIZABA.” 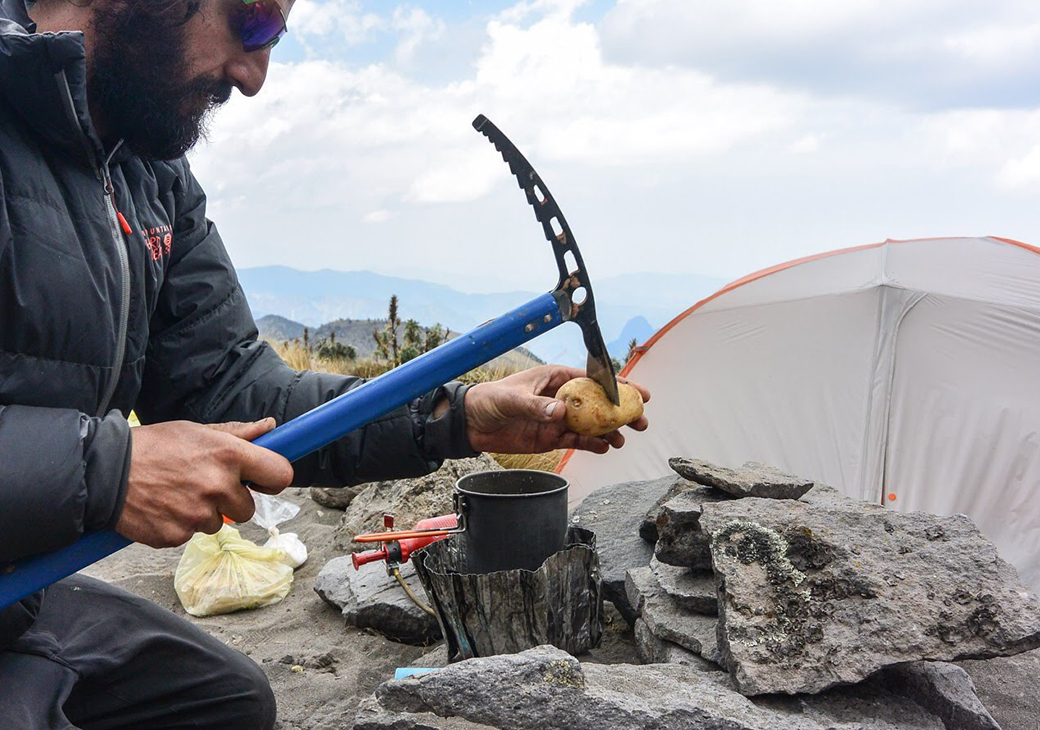 I don’t think Mike or I slept much the entire trip. Or maybe that was just the acclimatization process. We both agreed that if conditions proved stupid, we would just hang out, enjoy the views of Orizaba the “taco de ojo” (Mexican slang for “eye candy”) and open up the highest taco stand in Mexico. We forgot utensils and still managed to prepare plantain black bean tacos and fried potato, ham and cheese tacos with our ice axes and a stack of fresh handmade tortillas we picked up en route to the mountain. I slurped down a delicious bite dripping with Valentina hot sauce and watched as a big white cloud enveloped our view of the mountain before following Mike back into the tent at bedtime (6pm). Tomorrow, if conditions and our bodies felt ready would be summit day. 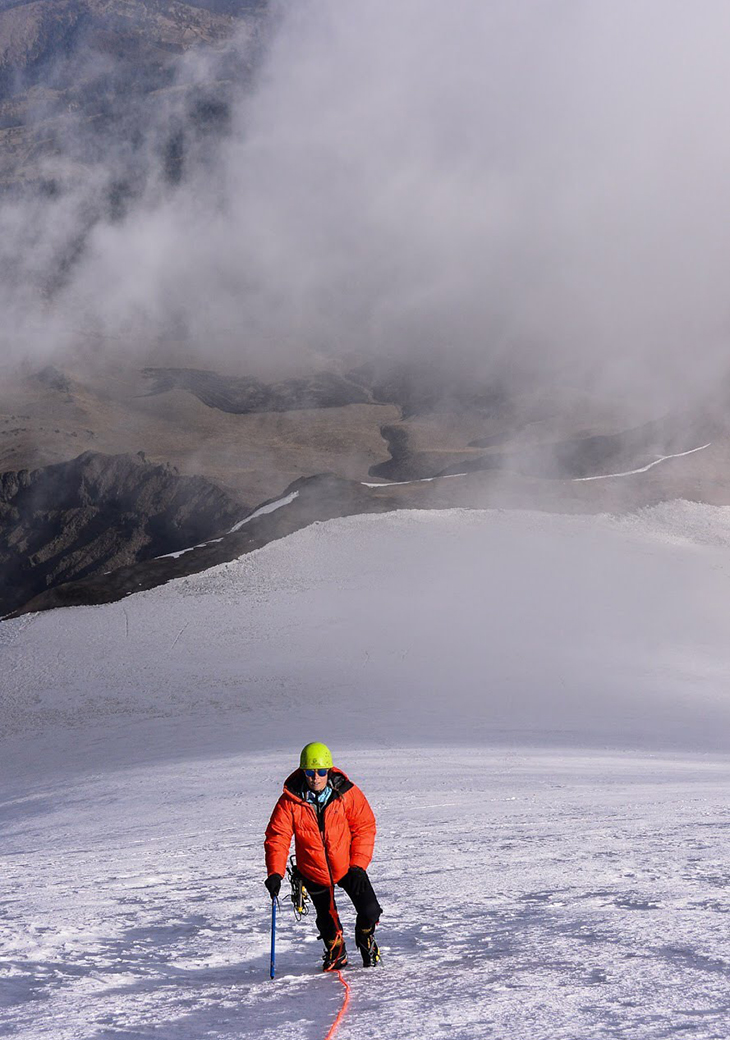 The alarm went off at 4 a.m., and with gear ready to go we were on the trail by 4:15. Having already scouted the route to the Jamapa Glacier on day 1 we made it to the base at 16,300 feet no problemo. Feeling good, we suited up alpine style and headed up the glacier. “I’m excited!” Mike had the biggest smile on his face. Conditions looked prime, there were many other groups summiting and descending the mountain and the sun was rising over the mountain. Our fears and concerns about dangerous, icy conditions were left far beneath us at our taco stand. The rest of the climb was smooth, fun and beautiful—like butter melting across a fresh tortilla (only we were walking up a 2,500 foot not-so-warm glacier). With big queso-y smiles we both stood atop the tallest stand-alone mountain either of us have ever climbed. 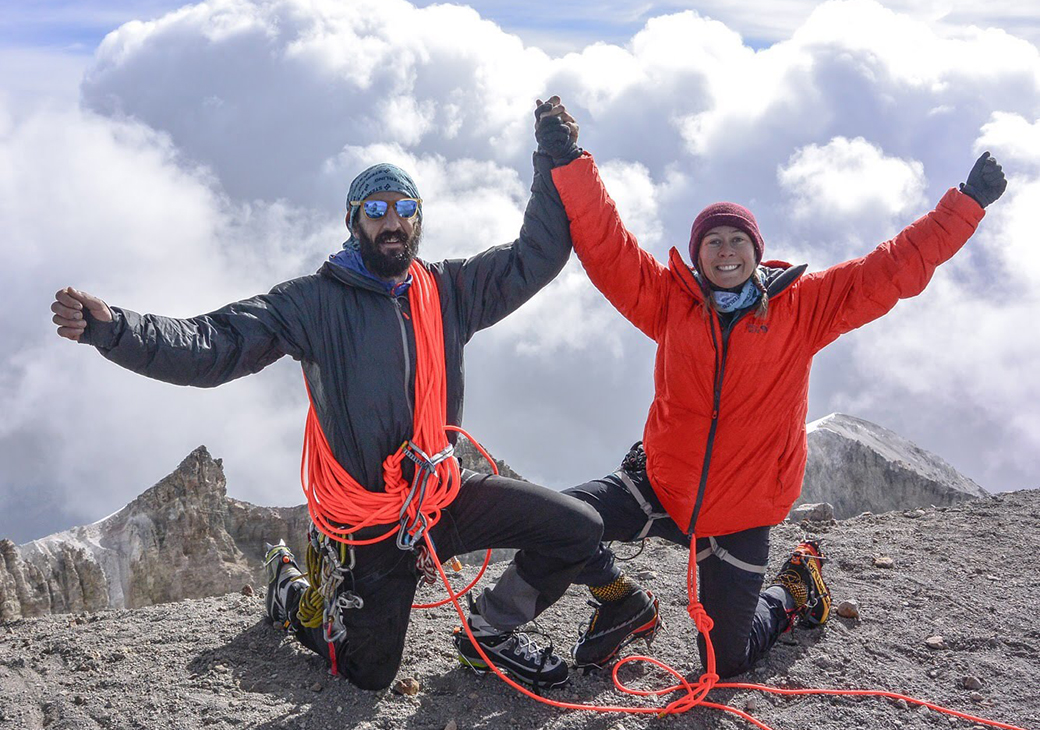 But Mike’s mind was already cooking up the next adventure…

Just two days later I found myself once again hiking up the glacier at 4:30 am. This time alone and hauling a pack filled with Mike’s crampons, food, fluids and my camera gear. At 6 a.m. he would begin an attempt to run up and down Orizaba again and break the FKT (fastest known time). His estimated time to the glacier was one hour so I had to keep a very swift pace to beat him up there. Ten minutes after I arrived I heard his breathing in the silent morning in the smoggy pink Mexican skyline. What followed was truly a work of art as I witnessed him shatter the previous ascent time of 2:10 to run 2:02 and then take only 46 minutes to run from the summit back to the Piedra Grande Hut (link to video). (To put this in perspective, it took us 4.5 hours to hike to the summit together and average parties take 6-10 hours.) 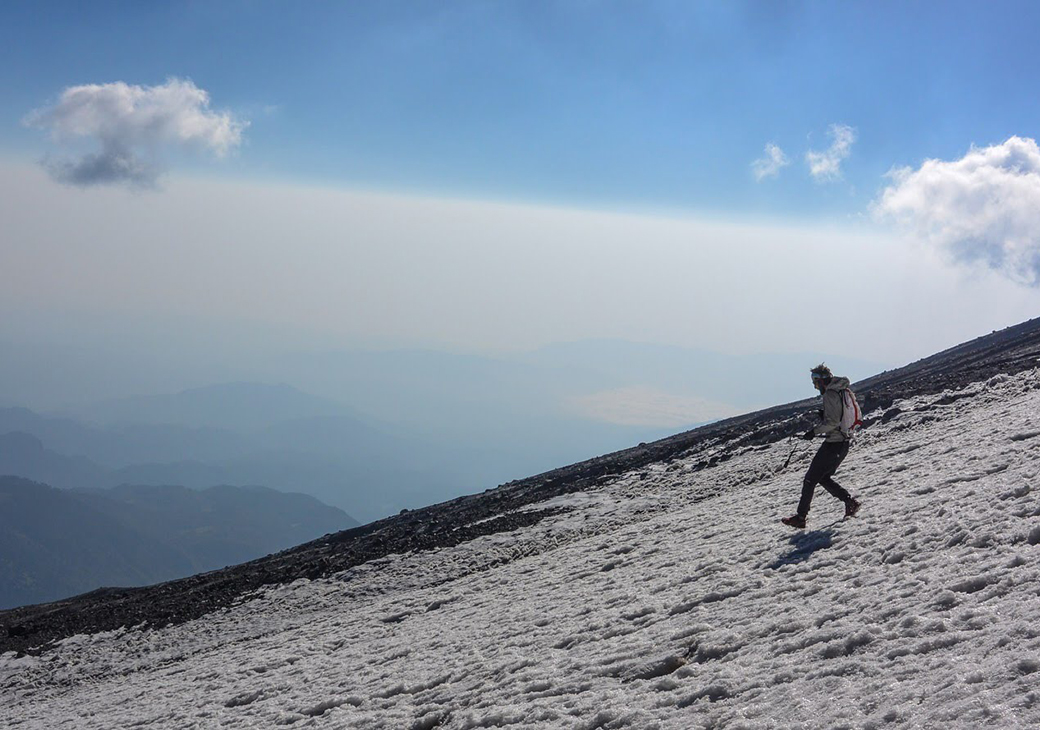 Yes, this is an incredible athletic feat, but the amazing part is truly the mountain. The alpine world is one in which conditions can change daily, even hourly. You are not in control of whether the mountain grants you safe passage or even an attempt. Maybe it was our taco offerings to the stars above Orizaba, sheer luck or impeccable last-minute planning. It doesn’t matter. Memories of the summit and Mike’s record will surely last, but I’ll forever smile about the week home was a black sand paradise eating tacos together.

See what Mo is up to NEXT.