We had the pleasure of working with Bob Swanson here at Big Agnes for more than a decade. His business card included the title, ‘The Tent Guy’. And while that was fitting professionally, he meant so much more to us as a friend, role model, sage and pioneer of the outdoor industry. Sadly, Bob passed away recently after a short illness.

As a freelancer helping Big Agnes with product design, his role was never clearly defined, expectations were few and communication often infrequent. New drawings or samples would arrive sporadically at our offices, and some were spot on and ended up in production while others had us scratching our heads. Holed up in his cabin in Maine that he built with his partner Molly, he was encouraged to be our skunkworks and our freelance shelter dreamer. 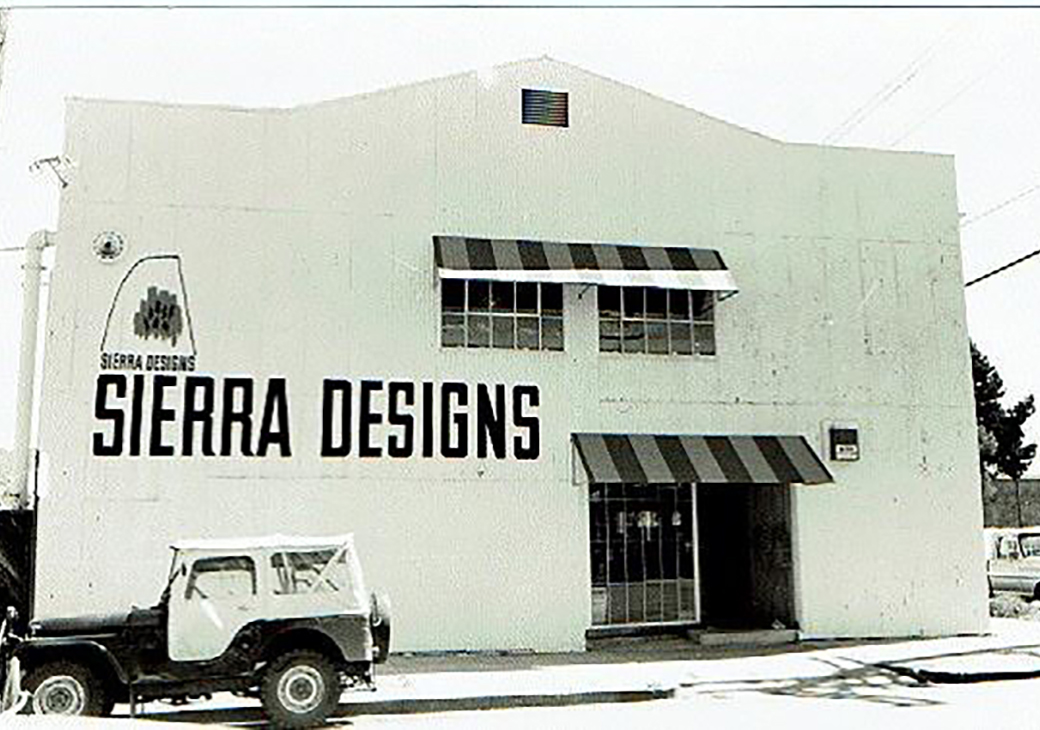 Bob traveled extensively with our product development team on many trips to Asia and attended all of our sales meetings and major tradeshows. It was on these manufacturing trips in particular that Bob truly earned his keep. Mention a new door design, sleeping-bag baffle design or a way to design a seam, and he would often chime in with something along the lines of, “yeah, we tried that around 1982 but it never worked because of…” His gift was making these kinds of statements in a humble, matter-of-fact way that never made anyone feel inferior or embarrassed for not realizing an idea had already been tried. Full of humility and always gracious, Bob made everyone in a room feel welcome and respected. He was truly a gentleman. 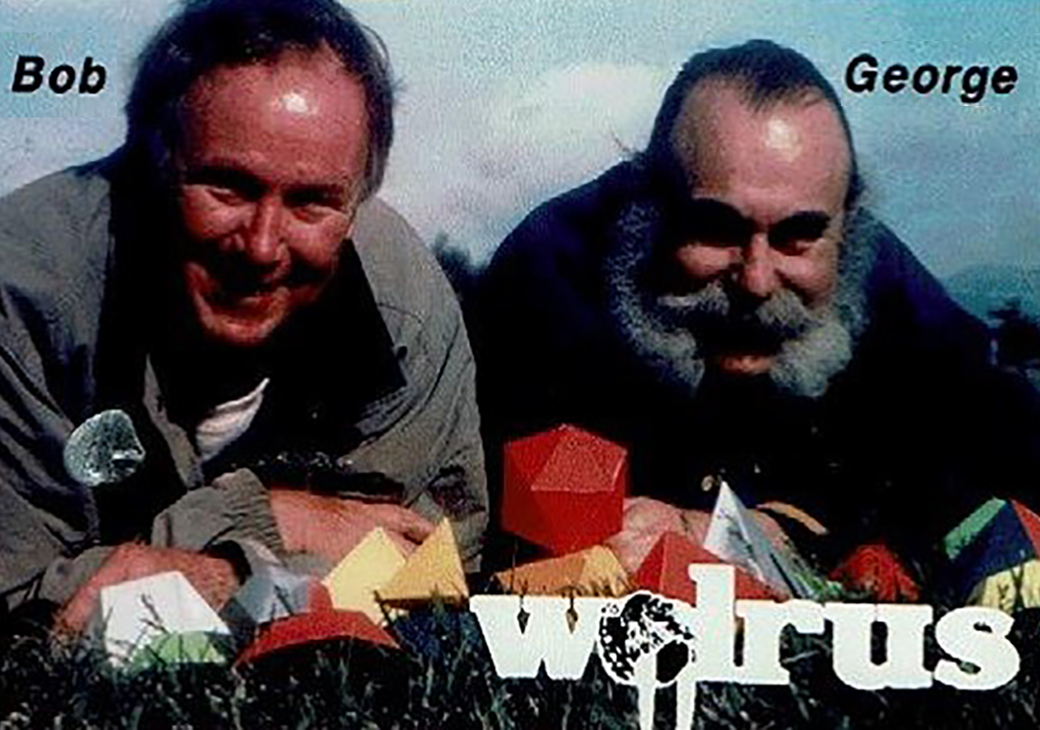 Few in the outdoor industry today know of Bob Swanson or his contributions. He co-founded Sierra Designs, founded Walrus tents, then sold that to REI and followed it up by working for REI for several years before going out on his own. Big Agnes was fortunate enough to connect with him, and a long relationship was born. His passion for design centered on tents and tent architecture. He is widely recognized for ushering in the use of hubs into tent architecture and represented the cutting edge of shelter designers. 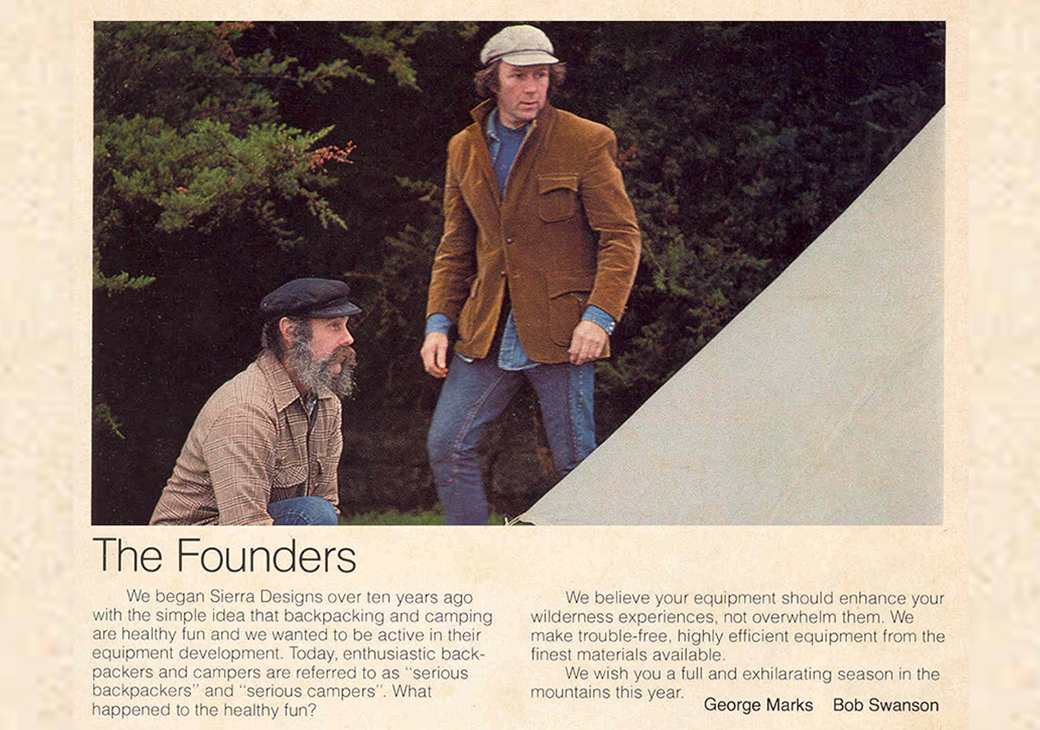 Bob was truly a man of the world. He had traveled extensively and was happy to share tales of adventures to exotic locations, but only when prompted. He never boasted of his experience or travels. Mention a motorcycle and he talked of the early days of motocross and riding in Baja with open-faced helmets, ‘back in the day’. Talk of sailing or boats led to sea kayak or canoe camping stories, or his time in the Navy aboard a mine sweeper, and then in mine-detection research. Talk of music around Bob and he would casually mention that he was there at Altamont Speedway when the Rolling Stones played, and the Hell’s Angels killed a man. He was there for the opening party at the North Face retail store in San Francisco when an upstart band called the Grateful Dead played the gig. Backpacking, cycle touring, trekking in the Himalaya and wine tasting trips took Bob to all corners of the globe.

Born of humble means in Philadelphia, Bob was one of the unique humans who carried no swagger, bore little attitude and made friends wherever he went. He showed up at tradeshows with his sleeping bag and pad and fully expected to sleep on a hotel floor. It was only when we learned that he was an octogenarian that we ‘forced’ him to sleep in hotel beds. We felt like we had disrespected an elder yet he still brought a bag to the next show ‘just in case’. On a staff backpacking trip in the Mt. Zirkel Wilderness several years back, Bob was the only one to heed the weather forecast and bring an umbrella. The rest of us suffered pelting rain in our ponchos. He knew his own pace at altitude and sauntered into camp much later than the young bucks, yet managed to outlast them all at the fire that night; passing the cheer and regaling all who could stay awake with tales of past adventures. 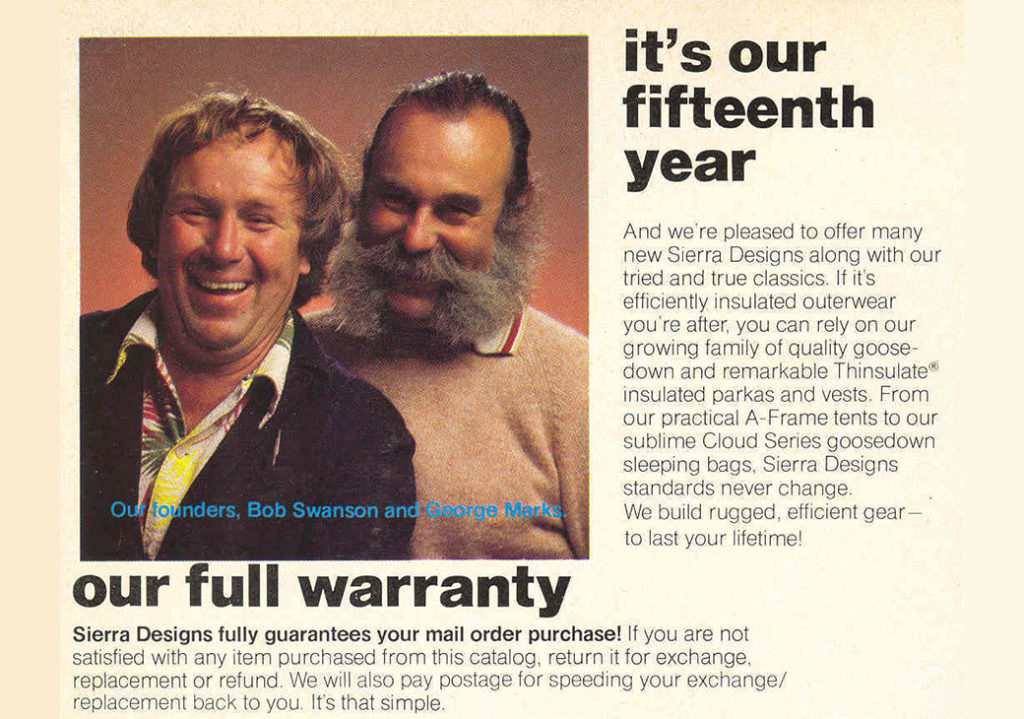 It was Bob’s infectious spirit, rosy-cheeked smile and genuine interest in all whom he met that we will most remember. His ability to find the party and be at the center of the action was never more evident than at a recent Outdoor Retailer tradeshow. On a snowy night in downtown Salt Lake City, several of us passed by the large front window of a local restaurant. Inside, talking and laughing at the center of a large group was Bob, and upon seeing us covered in snow with hoods up and hands deep in pockets, through the window he raised his glass to toast us. We commented about his stamina and energy and walked on in wonderment. 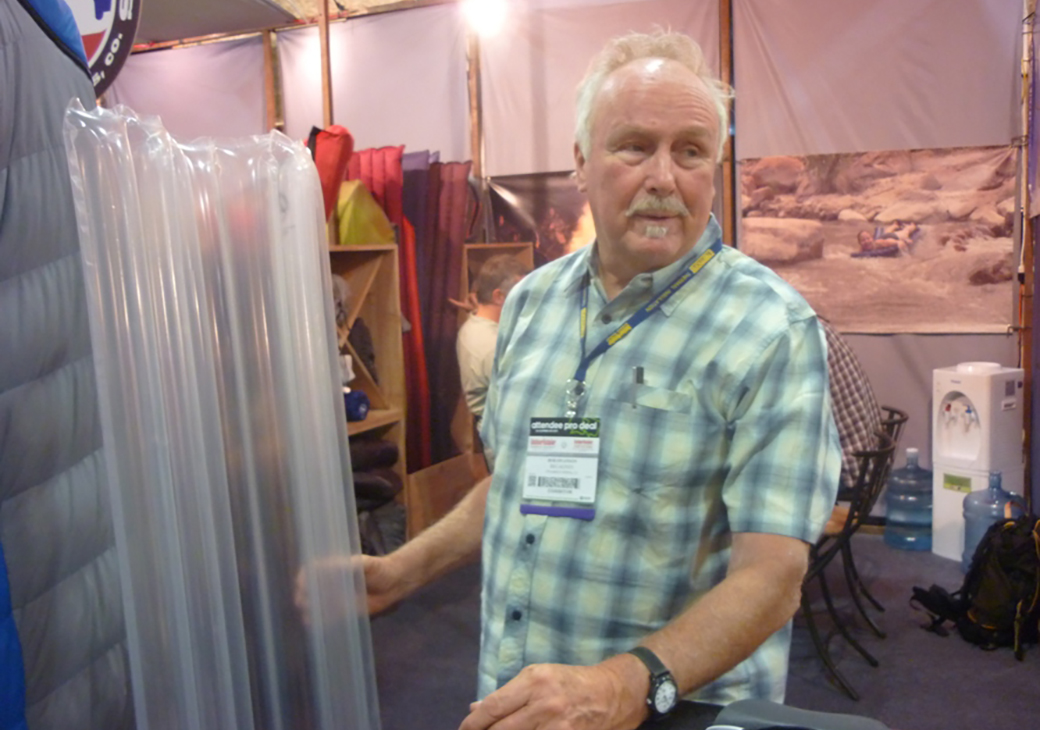 We are honored to have known and worked with Bob for so many years. The industry, our company and anyone who camps in tents today owes him doses of gratitude for his contributions. A humble legend to the end, Bob ‘deserves’ more recognition yet would likely not want it if he were still here. For those of us that worked closely with him here at Big Agnes, we have lost a true friend and we will miss him dearly. RIP Bob.

The Crew at Big Agnes