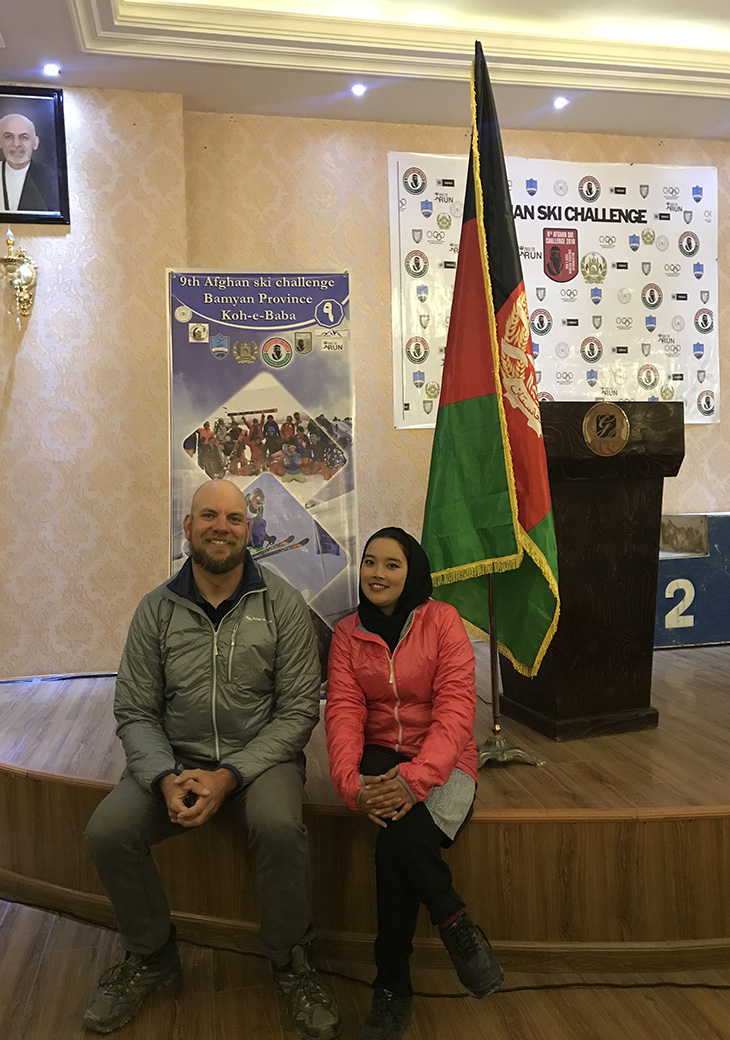 Before departing on any multi-day ski trip, I spend an inordinate amount of time staring at various puffy jackets, sleeping bags, and layers to determine the optimal mix that will keep me warm–but not too warm–and will not be overly burdensome my baggage. At 6’7” and 250 lbs, my luggage is the same size as everyone else’s, but what I put it in it is typically quite a bit bigger. 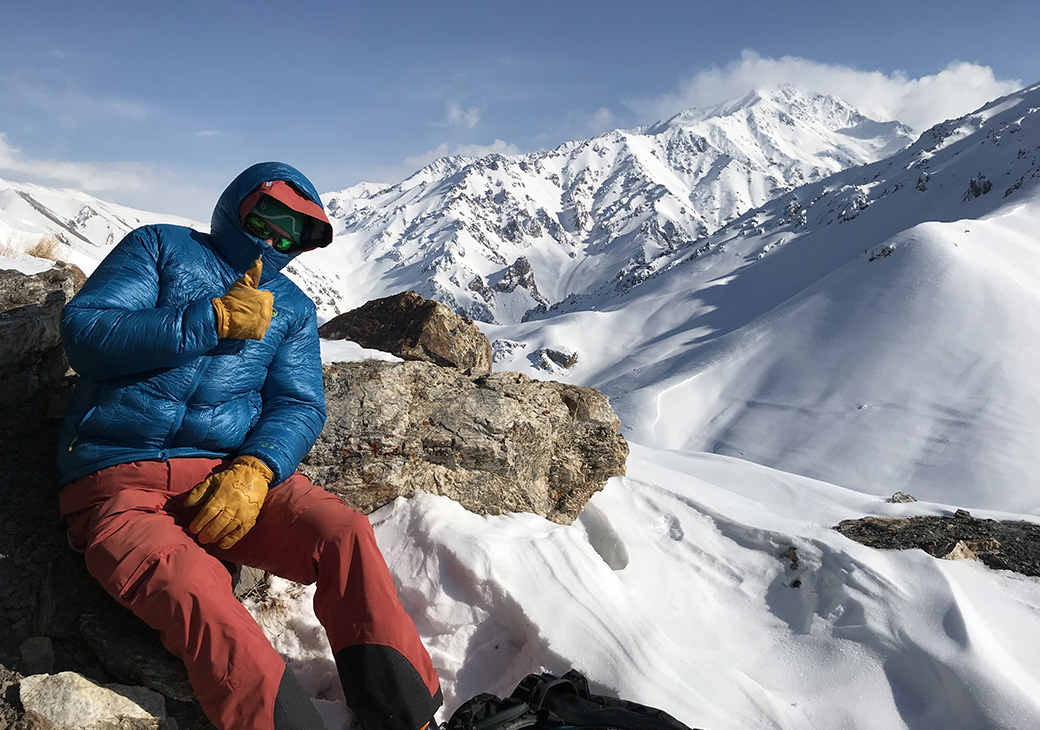 In February of this year, myself and two filmmakers headed over to Afghanistan to make a ski movie as part of my ongoing Adventure Not War project to return, or go to, the nations and regions where I had been, cleaned up after, or was supposed to go to war. These include Iraq and Angola, where I’ve already made my return visits; Afghanistan, this expedition, Bosnia and Abkhazia in the Republic of Georgia, and Siberia to make it an even half-dozen. Thanks to Big Agnes I had a number of layers and sleeping bags to choose from, both for me and for a number of our Afghan ski partners.

I hate to admit it, but I chose wrong, or rather not enough. Afghanistan gets cold. Very, very cold. 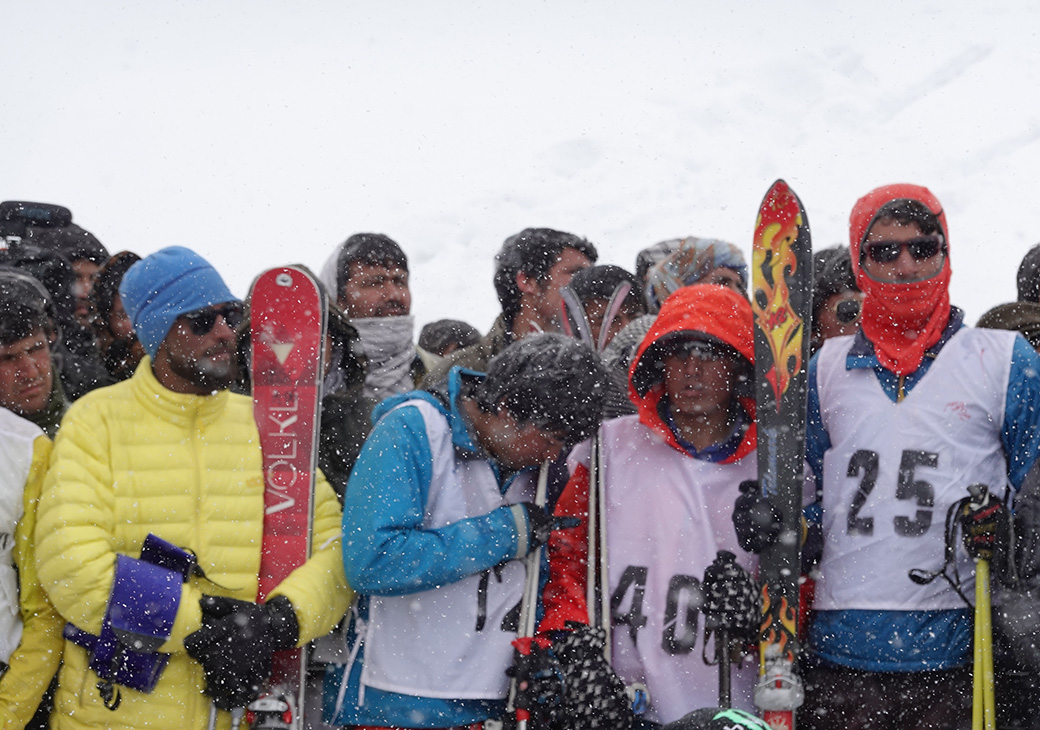 During the day I was mostly fine. I always pack into my touring kit an ‘Oh Crap’ jacket in case something goes wrong and there’s a need for extra warmth. On this trip it was the Fire Tower belay jacket. I had it out most days (at least twice) on high-mountain passes, or as we waited to set up a shot, and almost always on at the end of the day. When the sun rose high in Afghanistan it was warm and hot. The sun felt incredibly strong in the high desert of the Koh-E-Baba range where we were.

This kept the snow incredibly dry. I live full-time at the foot of the Wasatch Range in Salt Lake County, Utah and we like to talk about how dry our snow is. We have nothing on the stacks of dry powder in Afghanistan. For the snow scientists out there who know about Snow Water Equivalent —or SWE— it would have been great to have one of you with us so we could be amazed by the statistics. The snow skied incredibly well however, with never a day that powder didn’t at least go over my boot tops. 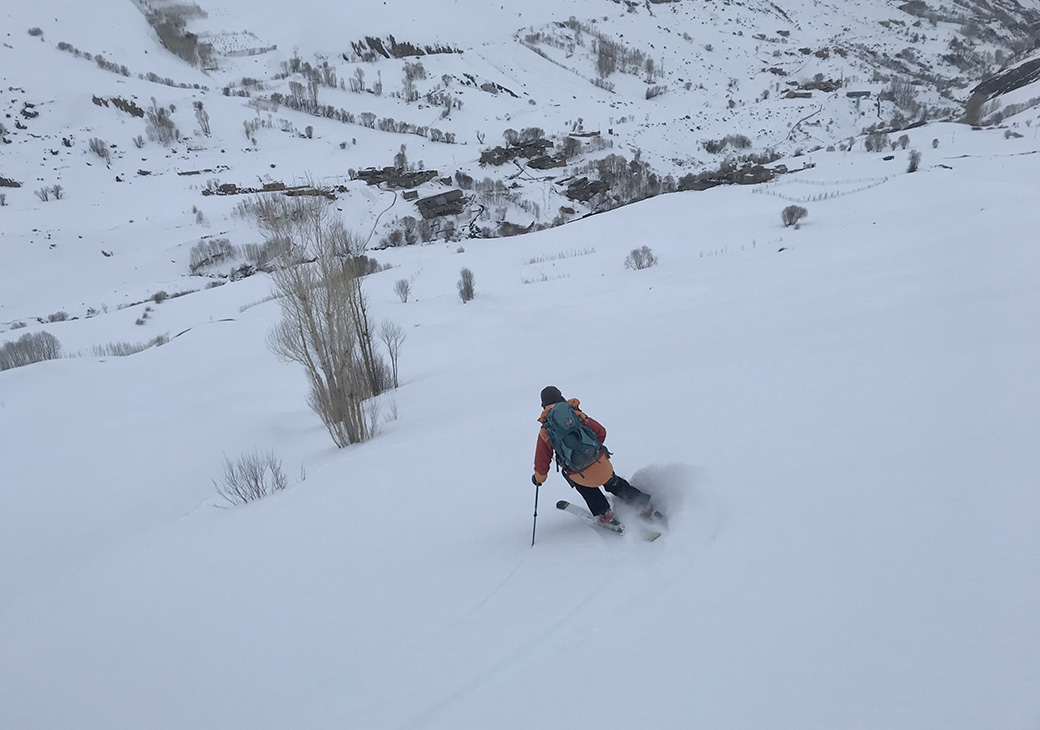 In the late afternoon as the sun began to set behind the high mountains, the temperature in the valley plummeted. As a team, we could only guess the challenges a home builder would face—do you aim for the first light of day or to soak up as many of the final sun rays as possible when selecting a location for a home? 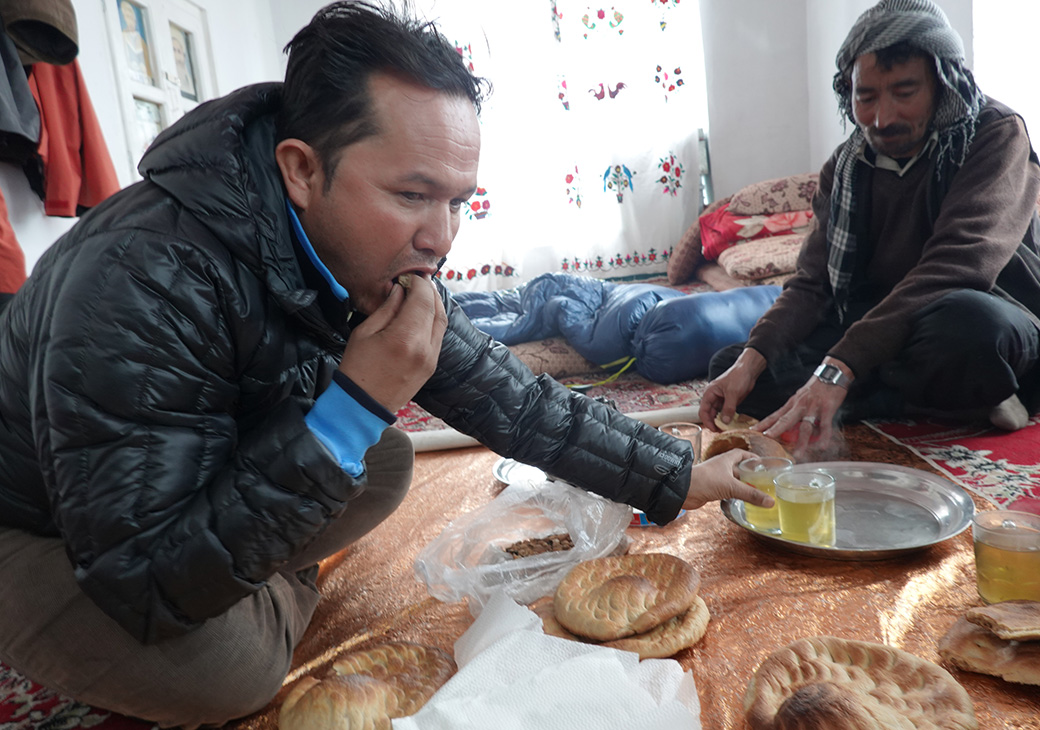 We spent most nights near the center of Bamyan City, the largest town in the Bamyan Province. Our original plan had been to try to spend four or five days in the mountain ranges away from settled valleys exploring and pushing up rarely visited peaks. With no lift access anywhere in country—with the exception of an enterprising motorcycle owner, who, with the help of long rope and a buried wheel barrow, created a mobile rope tow while we were there—everything is backcountry skiing. We wanted to balance our time skiing from the villages–where most people have ski-in and ski-out lodging–into a bit wilder terrain. 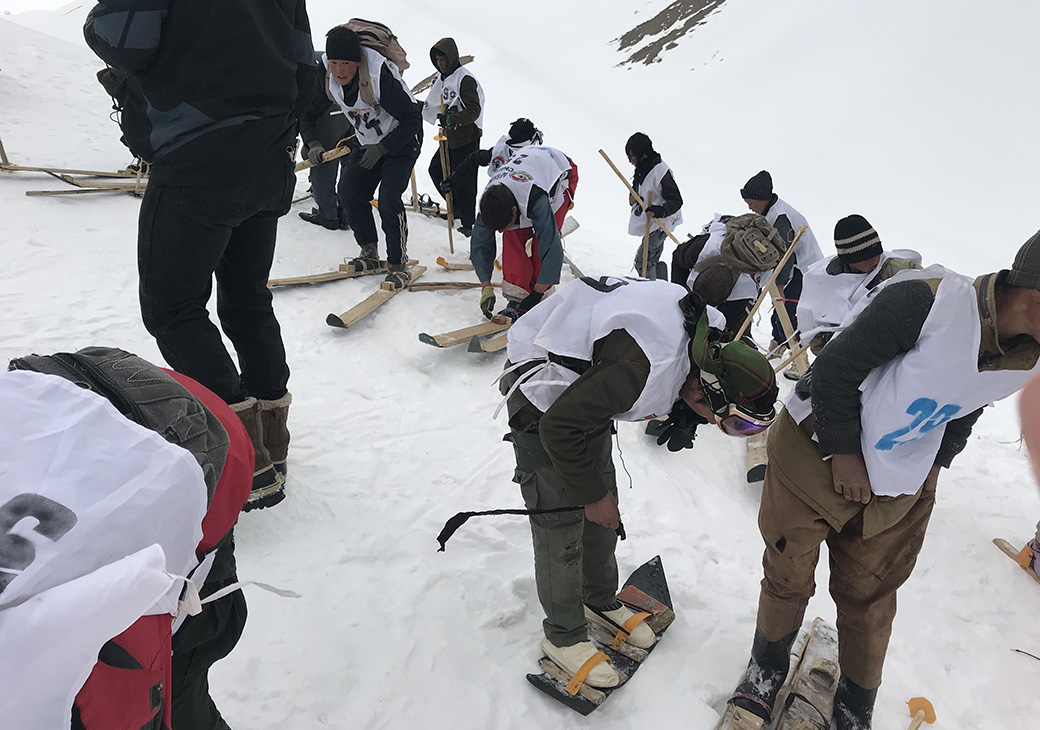 However, with temps in the mountains dropping into the -30s and -40s (or lower with wind), we simply weren’t prepared. We did spend one memorable night in a fairly remote village, however, where the kindness and warmth of our local hosts allowed us a more intimate look into everyday life. 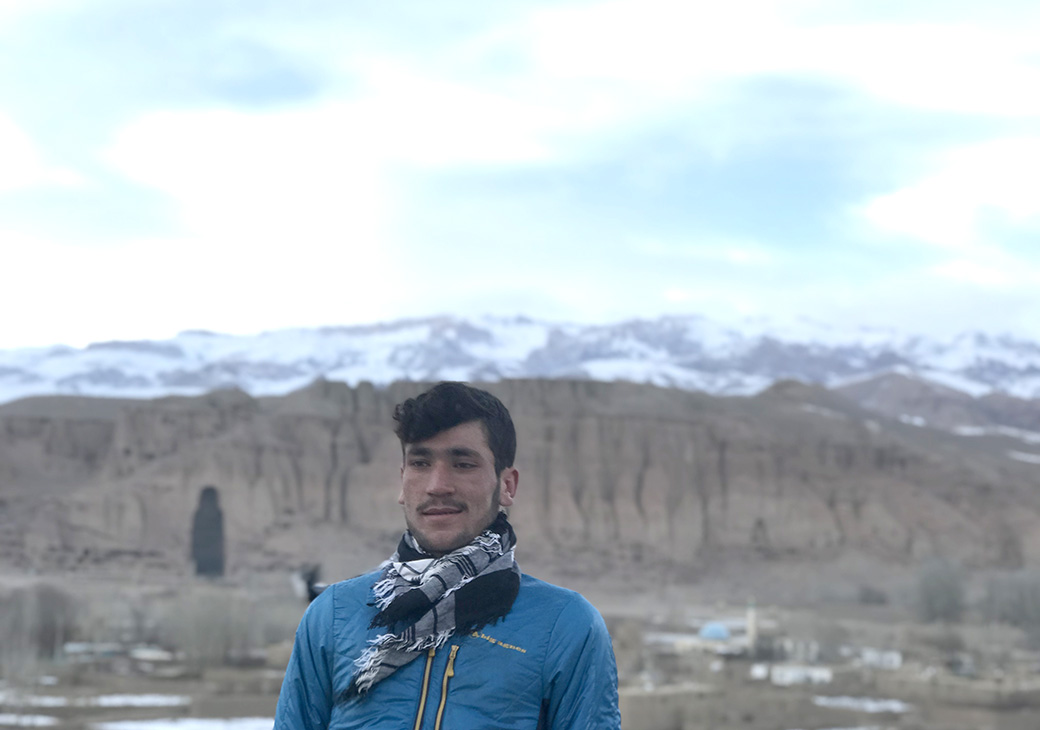 Turns out the skiing in Afghanistan–regardless of where you go–is pretty incredible. The history in Bamyan–where we were–is also fascinating, but if you go to Afghanistan, go for the people who made this trip truly wonderful. 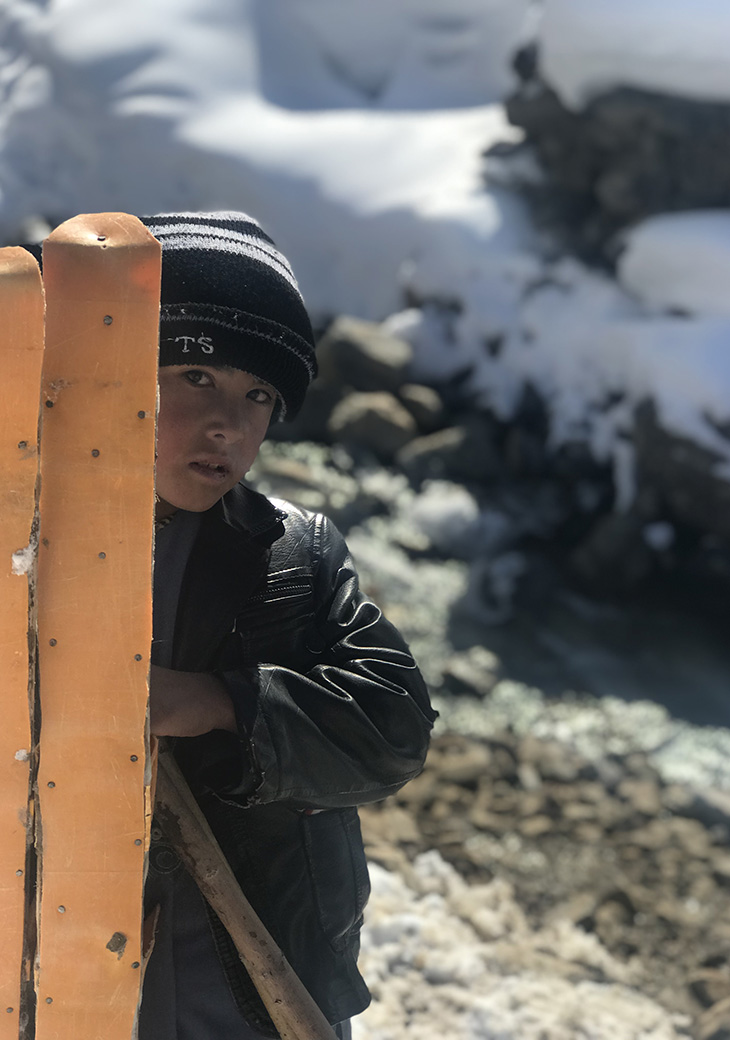 Stacy Bare and his team plan on releasing a ski film about local Afghan skiers this fall.